Football and Statistics: The Exemplary Rise of the Business of Data

Our exposure to data is changing the way we think about marketing, and drawing comparisons with the current state of football doesn't seem as odd as it sounds.
BY Amrik Sahota - February 03, 2017

Our exposure to data is changing the way we think about marketing, and drawing comparisons with the current state of football doesn't seem as odd as it sounds.

You have probably heard of Opta. If not because of the brilliant @OptaJoe, but because you religiously watch Sky Sports on a daily basis with a cup of tea laughing at Paul Merson attempting to be a pundit.


Nevertheless, Opta is the leading data provider in sports, boasting a client list from the BBC to Nike. Although their data collection methods are top secret, it’s safe to say they've been a huge factor in the way professionals, experts and mere mortals watch and view sports today. Especially football.

Football is an ever-evolving sport: tactics, philosophies, players and coaches are constantly adapting to the demands of a changing culture. No longer are players expected to just kick a ball around on a weekend, they’re expected to engage with fans and to a certain extent dabble within the realm of PR and marketing.

Whether it’s hosting charity events, taking selfies or tweeting messages after the game: engagement, reach and traffic has fastly become an essential part of sports in a contemporary world.

Just ask Victor Anichebe about how not to do it.

Not only is the game different, the economics are different. Clubs are being bought by billionaires and players are signing for astronomical amounts of money with wages to match. Not to mention television deals, sponsorships and the marketing giants behind it all. Pogba signing for a lucrative £89 million pounds is the perfect example.

Pogba’s move to the red side of Manchester wasn’t like the average transfer. Not merely on the fact that it made him the most expensive player in the world, but the deal saw a meticulous marketing ploy that utilised all the inner workings of the digital ecosystem that sport hasn't seen before. The players return was announced via social media which scored content and hashtag marketing (#POGBACK), with an assist by sponsors Adidas and Chevrolet. All parties involved saw their social engagement rise, with Brandwatch reporting 153,000 mentions of Pogba just after the announcement, and Brandtix indicating a 13% brand value rise and the acquisition of 900,000 new social followers the week of the signing. The move wasn’t just a multi-million pound transfer, it was a well crafted multi-channel and multi-brand campaign executed to perfection.

Whether football purists are opposed to the idea or not, it’s all about the numbers.

Marketing is the same way.  In order for businesses to fully understand their current standing and potential, looking at data is important.

Footballers and marketers have one thing in common. They can no longer hide from the numbers. We know exactly how much ground Mesut Ozil has covered, how many passes David Silva has completed and the shot-to-goal ratio Zlatan Ibrahimovic is currently performing at. Statistics are becoming a pivotal part in how we measure a player's value, with Opta supplying clubs with key data that measures a player's influence and allows for targets to be set and a bearing of the potential ROI.

Marketing in today's climate allows for similar engagement with data. Platforms like HubSpot allow for detailed insight into various areas of a marketing campaign. The digital ecosystem has birthed an array of marketing strategies that can now be measured to provide metrics as a framework to grow. Paid social, SEO, and influencer outreach, to name a few, can have significant benefits in an age where attentions are diverted away from the television to the smartphone.

Like when critically analysing a player's performance, Neville and Carragher can measure success based on the data and explore the player's value, having a measurable framework to evaluate functional performance.

Traditionally, success in football has often been measured by silverware, which is still the case, but statistics have provided another measurement that can be championed or scrutinised.

Data-driven marketing mirrors this sentiment. Marketing practices have existed for as long as we can remember, but technological capabilities have allowed for context to be given to campaigns. Therefore, the days of theorising about whether our strategies are working are behind us, we can run math, analyse and modify with help of marketing automation platforms. The same way Jose Mourinho and his coaching staff can analyse and modify tactics in order to achieve success over the course of a season.

Overall, football and marketing mirror one and other in the context established. Both are evolving at a rate which forces those in it to keep up or get left behind. In this sense, think of Pep Guardiola and Jurgen Klopp as the Gary Vaynerchuk of football, and vice versa. Those that have the foresight and have the ability to adapt to an unpredictable market and the sciences of the game are the ones who reap the rewards.

To get a better understanding of data-driven marketing and how it can help your business have a look at our vlogs: 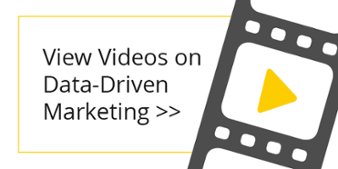